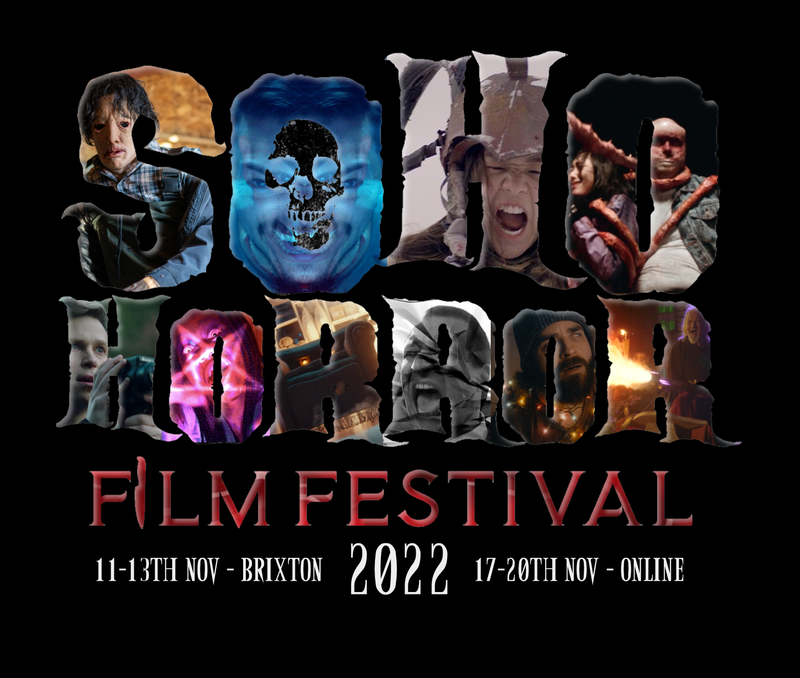 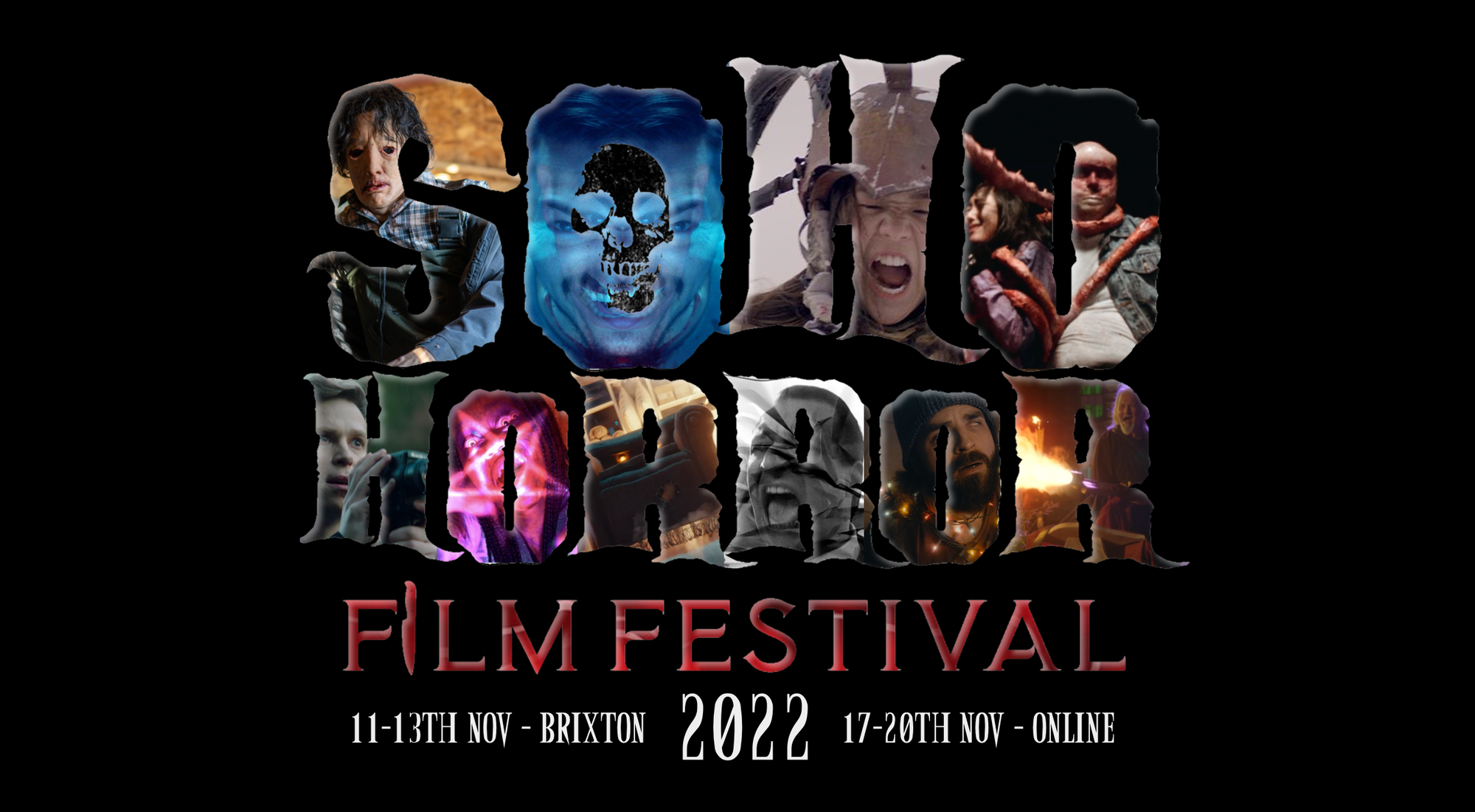 This November, prepare for the sweetest screams of all as the Soho Horror Film Festival returns in a landmark hybrid edition; with it’s 5th annual in-person festival in South London, and it’s 10th online country-wide home invasion. Spread over two consequtive weekends and boasting two unique film programmes, this marks the Soho Horror Film Festival’s largest, most diverse, transgressive and all out bonkers lineup to date. Bringing hungry horror hounds 30 fiendish features and over 50 short films from the very best in brand new independent genre cinema, as well and some special events you would be dead foolish to miss.

Bookending the in-person festival will be duo of tundral terrors,: opening with Nyla Innuksuk’s kickass SLASH\BACK which pits a rag tag Inuit gang of Top-Of-The-World teenagers against a skin crawling invasion of Out-Of-This-World bodysnatchers; and finishing up in the post-apocalarctic wastelands of Kirsten Carthew’s majestic survivalist POLARIS. Prepare to see both the cutest and most terrifying polar bears of your life in each of these incredible UK Premieres.

Continuing the festival’s cornerstone of platforming LGBTQ+ voices within the horror genre, the 2022 Edition will host the World Premiere of the deviously clever and homegrown literary chiller THE LATENT IMAGE from Alex Birrell; a special preview of the pulse racing and demon embracing HYPOCHONDRIAC, aswell as Daniel Montgomery’s beautiful heartbreak haunter THE JESSICA CABIN which will be ripping out audience’s hearts with its International Premiere.

Teenagers and horror are like mentos coke: always explosive and most certainly messy. Whether it’s the projectile ectoplasm of the practical creature filled spooctacular THE GHASTLY BROTHERS, a time travelling portapotty in the gross out TOTEM or the sorority slashings and throwback thrashing of the surprise filled Teen Scream Midnight Marathon, schools out for Soho.

Ensuring that no one has too much fun at a festival that’s meant to be horrific, is a worthy addition to the gruelling canon of New French Extremity , the masterfully challenging and nihiistic MEGALOMANIAC. Equally unhinged, transgressive and blood soaked is a serial killer study like no other in the UK Premiere of Johannes Grenzfurthner’s utterly unique MASKING THRESOLD.

If it’s midnight madness and retina widening insanity you come for, stifle your gag reflex for the drugs n bugs narcotic nightmare ALL JACKED UP AND FULL OF WORMS, that is destined to be a future cult classic. Classic cults find themselves facing unlikely adversaries in both the pairing of a Karen and a cancelled reality TV bounty hunter in the stomach achingly hilarious CULT HERO, and up against BFF-gypsy-curse-werewolf-ice-cream girls in Sung Kang’s equally ab-inducing moster mash-up SHAKY SHIVERS, which will screen its International Premiere at the festival.

And of course it wouldn’t be Soho Horror Fest without an under the radar indescrible oddity that, this year, comes in the form of the sleight-of-hand fever dream that is the Shane Brady’s astonishing BREATHING HAPPY, itself coming with a festival first exclusive surprise that will leave the audiences jaws on the floor…

The festival’s virtual event – taking place online and accessible across the United Kingdom and Ireland- will also feature a menagerie of menacing delights and UK first surprises. In a brilliant homage to the video store days of old, watching sequels years before the original and franchises wildly out of chronology, to open the online festival will be the UK Premiere of the nineties-tastic straight to video slasher sequel THE THIRD SATURDAY IN OCTOBER PART V; but don’t fret viewers, for the long lost original THE THIRD SATURDAY IN OCTOBER PART I will close out the event, a loving throwback duo of body count bangers from the mad mind of Jay Burleson.

Also in the vein of nostalgia- but a razorblade ready ready to slice it open- is the viscerally brutal neo-giallo NIGHT CALLER, late-night television horror hosts and Goosebumps galore in the interdimensional cable campness of HeBGB TV, and classic BBC British ghost stories in Jamie Hooper’s THE CREEPING. An answer to the age old question: what if Benson & Moorhead made a Lovecraftian Home Alone in the International Premiere of the hilarious ALL EYES; and the past is quite literally torn up in the painstaking handmade and staggeringly unique reworking of Stephen King’s 90s DTV disasterpiece The Langoliers with Aristotelis Maragkos’s THE TIMEKEEPERS OF ETERNITY. The latter of which will also be a crown jewel in a centerpiece programme on the master of horror himself: Stephen King.

Don’t go thinking the in-person festival gets all the cult goodness as folk femme fury synchronise cycles in the Bridesmaids-meets-Midsommar gem STAG from Alexandra Spieth, and vloggers get violent in the online premiere of Jeff Ryan’s affecting, funny and aptly titled MEAN SPIRITED.

Globe trotting the expanses of the horror globe needs no passport or visa as the festival heads to Iceland for the scintilatingly strange pregnancy shocker IT HATCHED, crosses treacherous waters to battle Taiwanese aquatic arachnids in ABYSSAL SPIDER, untombs a legacy of atrocities in the terrifying found footage nightmare WHAT IS BURIED MUST REMAIN from Lebanon, and digs into the dark under(pork)belly of truffle harvesting in the surprising and tense Canadian thriller PEPPERGRASS. All of which will be playing in the UK for the first time, you lucky spookers.

And if you think that’s all Soho Horror Fest have planned for you, then you don’t know jack… Tickets for both the physical event and virtual event are on sale now!