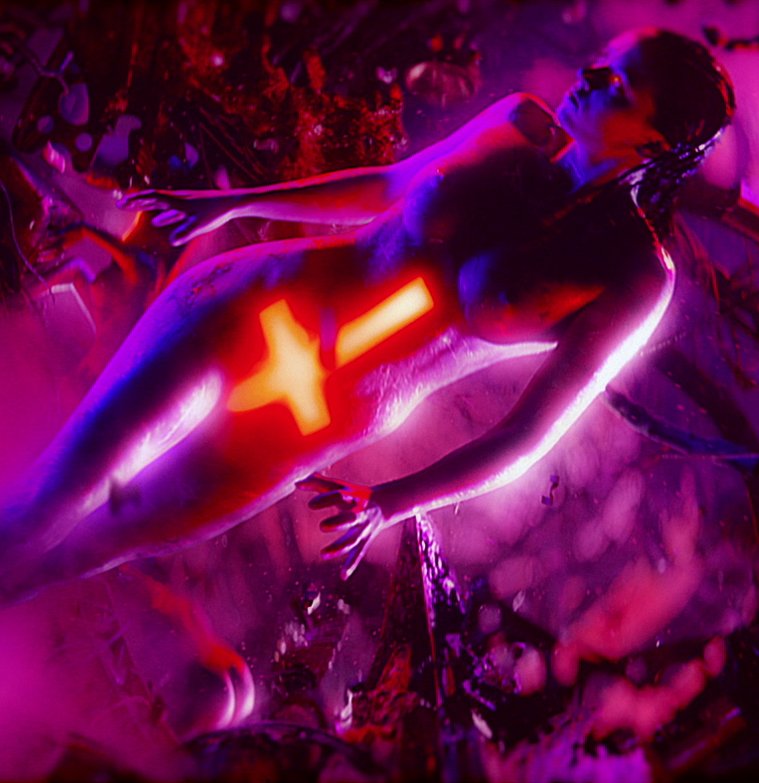 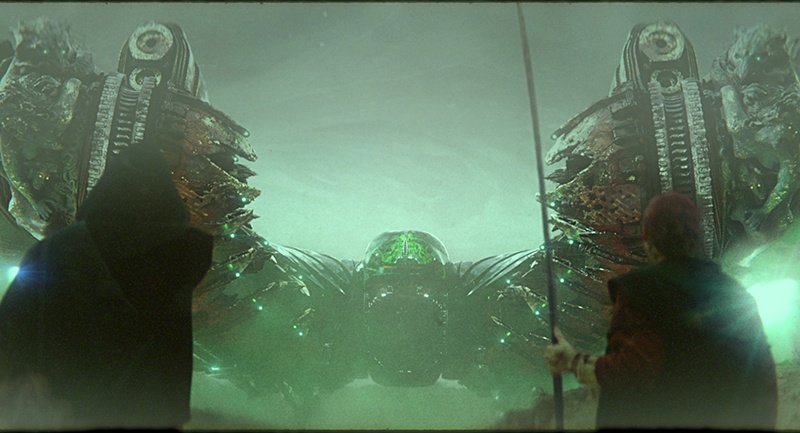 We hope you're not sick of synthwave, Sci Fi or surrealism just yet, as the best of all of those is yet to come.

Two space hunters are tracking down a machine trying to free itself. After taking it down, they witness a mystical phenomenon: the ghost of a young woman pulls itself out of the machine, as if the spaceship had a soul. Trying to understand the nature of this entity, they start chasing the woman through space...

From the warped minds of French duo of Raphaël Hernandez and Savitri Joly-Gonfard along with synthwave artist CARPENTER BRUT, comes the full feature sequel to their 2016 music video "Turbo Killer" (below). Watching that and reading this may be a start, but truly nothing can prepare you for the spectacular space-opera explosia that is BLOOD MACHINES.