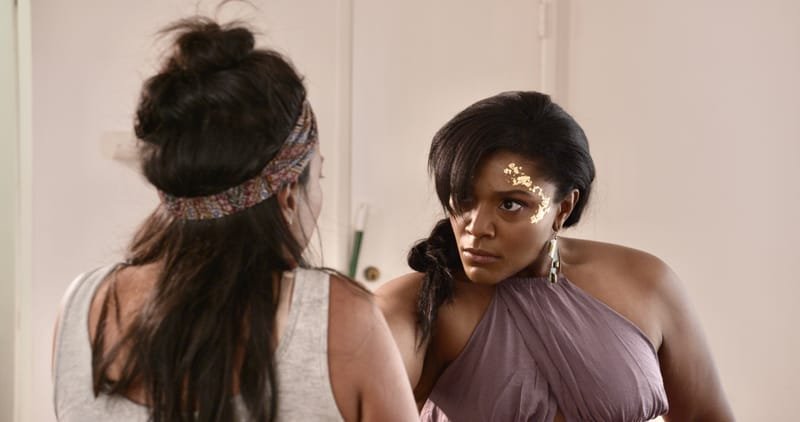 We are honoured to welcome back Tim O'Leary from last years festival to bring us fresh from the edit suite, brand new episodes of his queer horror action loveletter to Buffy and Supernatural: DEMONHUNTR!

Daniel, a gay man, and Jeremy, a straight man, are two best friends with a very specific trait in common—they’re both mediums, meaning they can sense the presence of and communicate with supernatural entities. Hurting for cash, they create an app through which Los Angeles residents can hire them to clear out any unwanted demons, ghosts, and forces of darkness. It’s not too long before business is booming, and they start eradicating demons all over the city. And maybe they sleep with a few demons, too.

Demon hunters Daniel, Jeremy, and Natalia are hired by Alejandro, a go-go boy who’s been experiencing attacks in his dreams. Realizing he’s most likely under the sway of an Incubus, the hunters recruit Daniel’s telepathic ex-boyfriend Harold to help in the fight.

Daniel and Harold rekindle their relationship, but Natalia is less lucky with her ex-girlfriend, the stoner private eye Quinn. When Quinn smokes out of a bong she got at a yard sale, she discovers it’s the home of a magical genie.

Daniel and Harold take a drive to Ventura to see where they stand in their relationship. Unfortunately, it's only a few hours before supernatural shenanigans begin and they’re put in some serious danger. After they’re separated and forced to battle monsters on their own, they learn the creature responsible for the attacks is not a demon at all, but something much more powerful…